Manufacturing LPG pump for the first time in Iran.

The only manufacturer of screw and gear pumps, licensed under Albany Corporation of UK.

The Best Pump Manufacturer of 2004 by the Oil Ministry

established in 1972 and as one of the pioneers of the pump industry started manufacturing industrial pumps in Iran and more than 3000 sets of Kalay-e-Pump products are being operated in Oil, Gas, Petrochemical and Power Plant industries up to now.

In 2002 it proceeded to transfer the relevant technology and fabricate screw pumps in accordance with Standard API 676 and the joint – venture and Co- manufacturing contract with Albany of United Kingdom for the first time in Iran that 400 sets of the screw pumps kinds have been used in oil, gas, petrochemical and power plant industries. In 2004 it was awarded the title of “The Superior Manufacturer of Oil Equipments” by the Oil Ministry of Iran.

The test line of KalayePump factory located in Hashtgerd industrial zone doubly assures clients  of the related specifications of the delivered pumps by having the ability of testing Vertical and  Horizontal Centrifugal pumps, Screw and Gear pumps up to the capacity of 4000 m³/hr as  well as measuring and extracting the hydraulic test and drawing the relevant curves of  Performance (H-Q), Power (P-Q), Efficiency (ŋ -Q) and NPSHR- Q.

What assured clients of the quality of Kalay-e-Pump products is enjoying strong engineering  strength, skilled personnel, applying advanced producing equipments, achieving up-to-date  technical knowledge, guarantee,  10- year after sale service accompanied by  the related team  that are ready to present any services including supplying, manufacturing and repairing all  the kinds of the pumps all over the country. 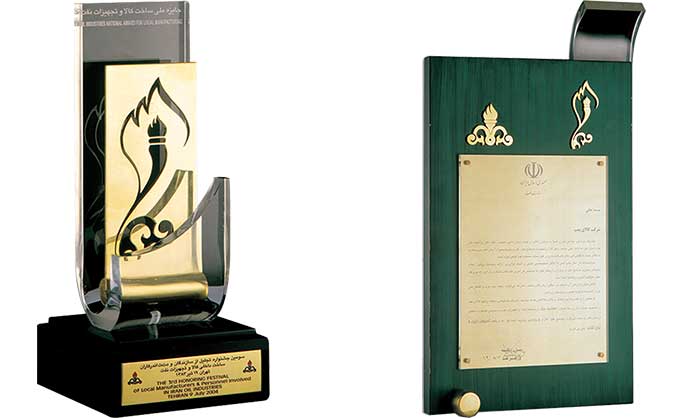 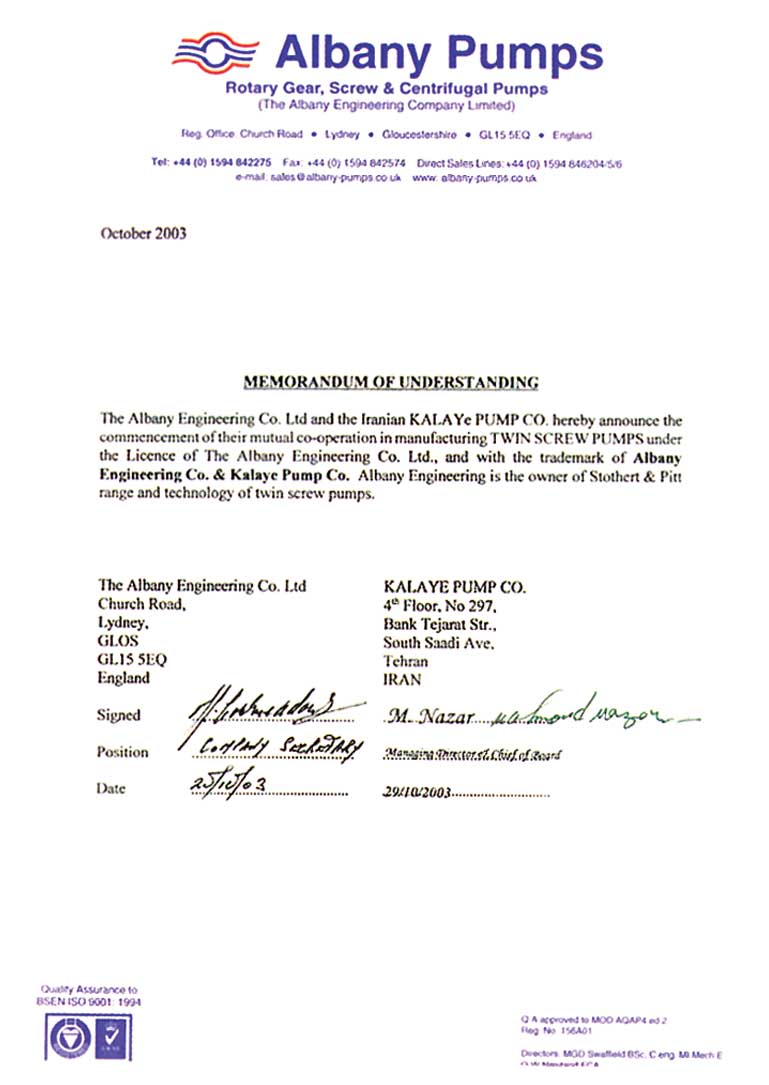 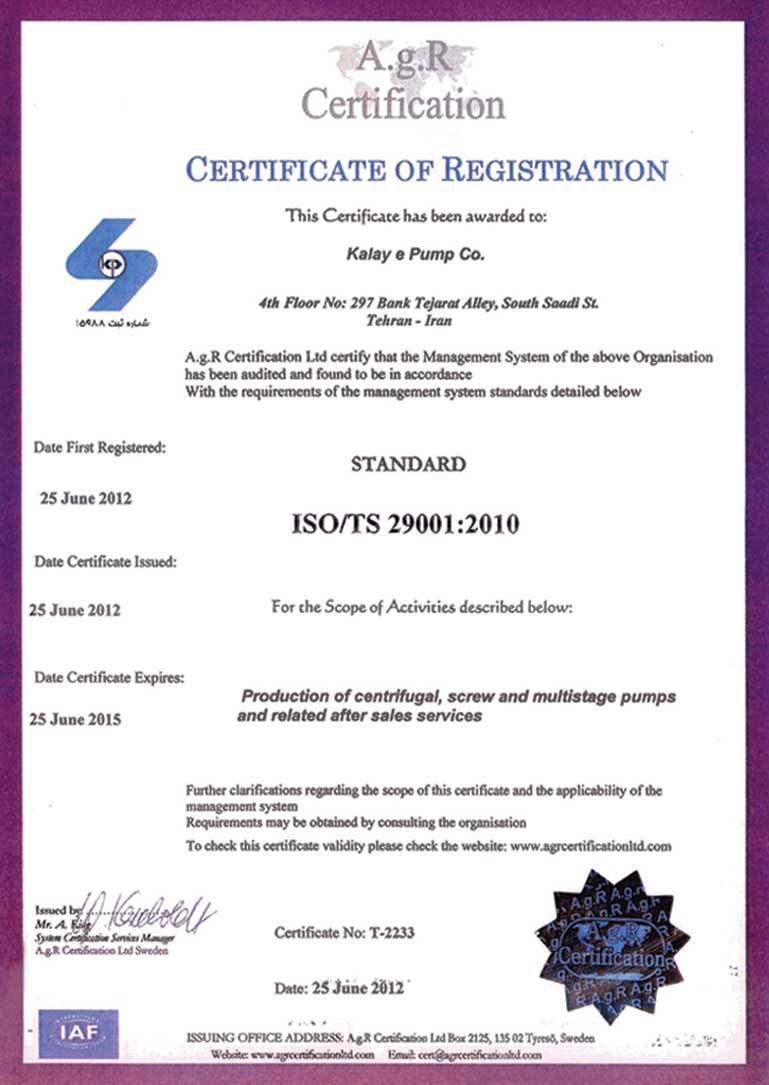 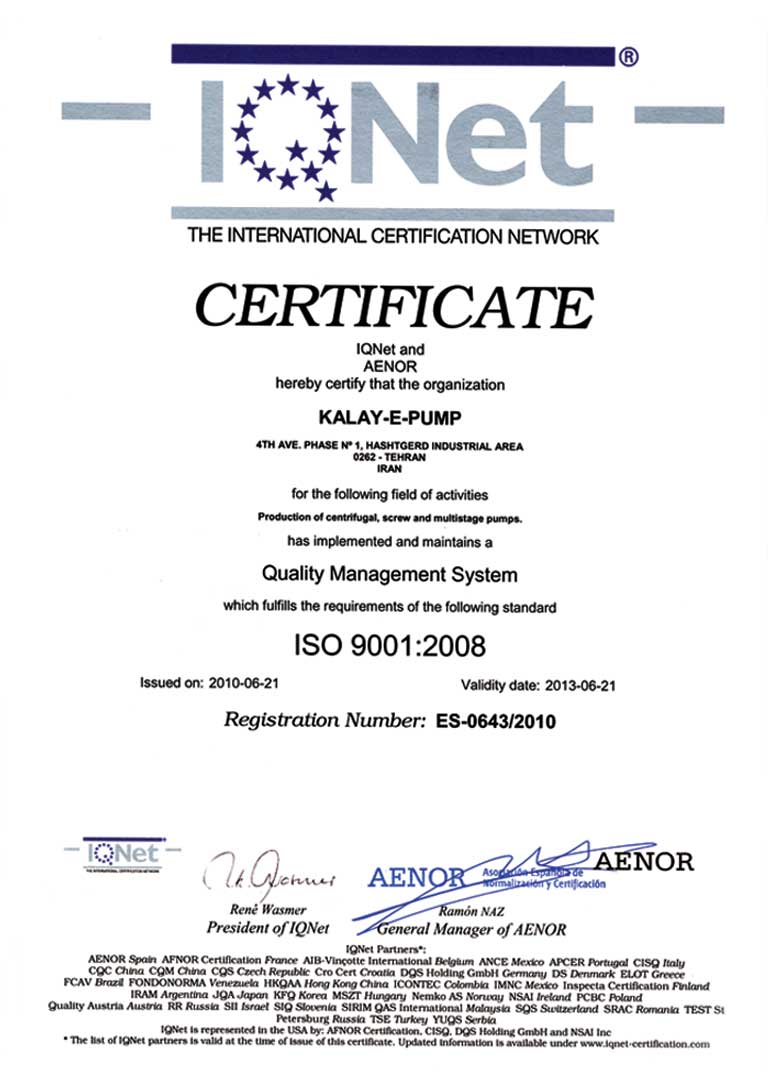